Down the street in the morning haze from the Pacific, jacaranda and hyacinths in bloom together as the sun starts to burn through…. 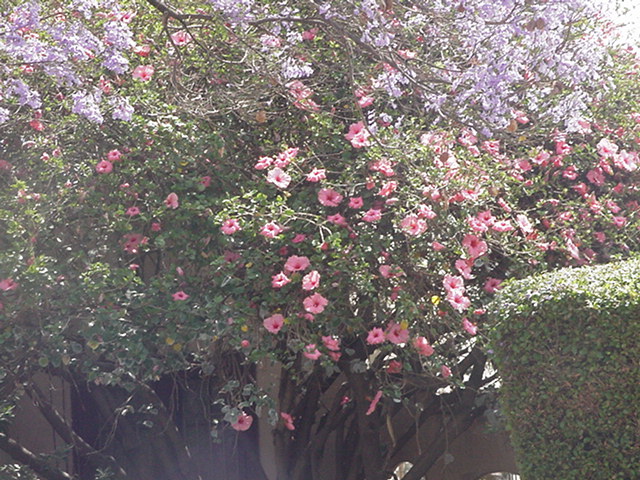 From the garden of our correspondent in Chicago…

All photographs below Copyright © 2004 - SD Chicago [ used with permission, reproduction or redistribution forbidden without the written consent of the copyright holder ]

Let’s see, you’ve got your tree peonies, your jack-in-the-pulpit and this and that… 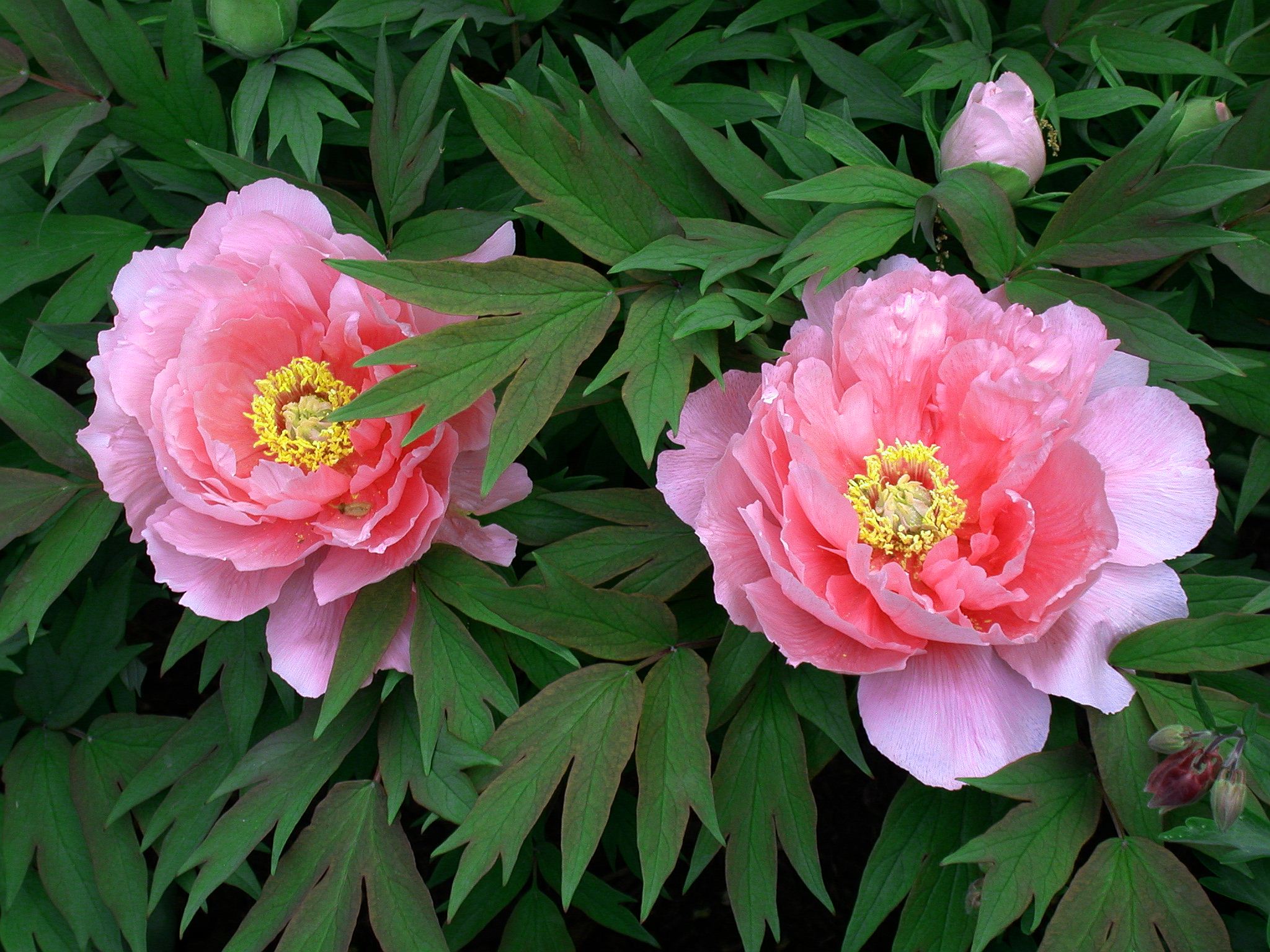 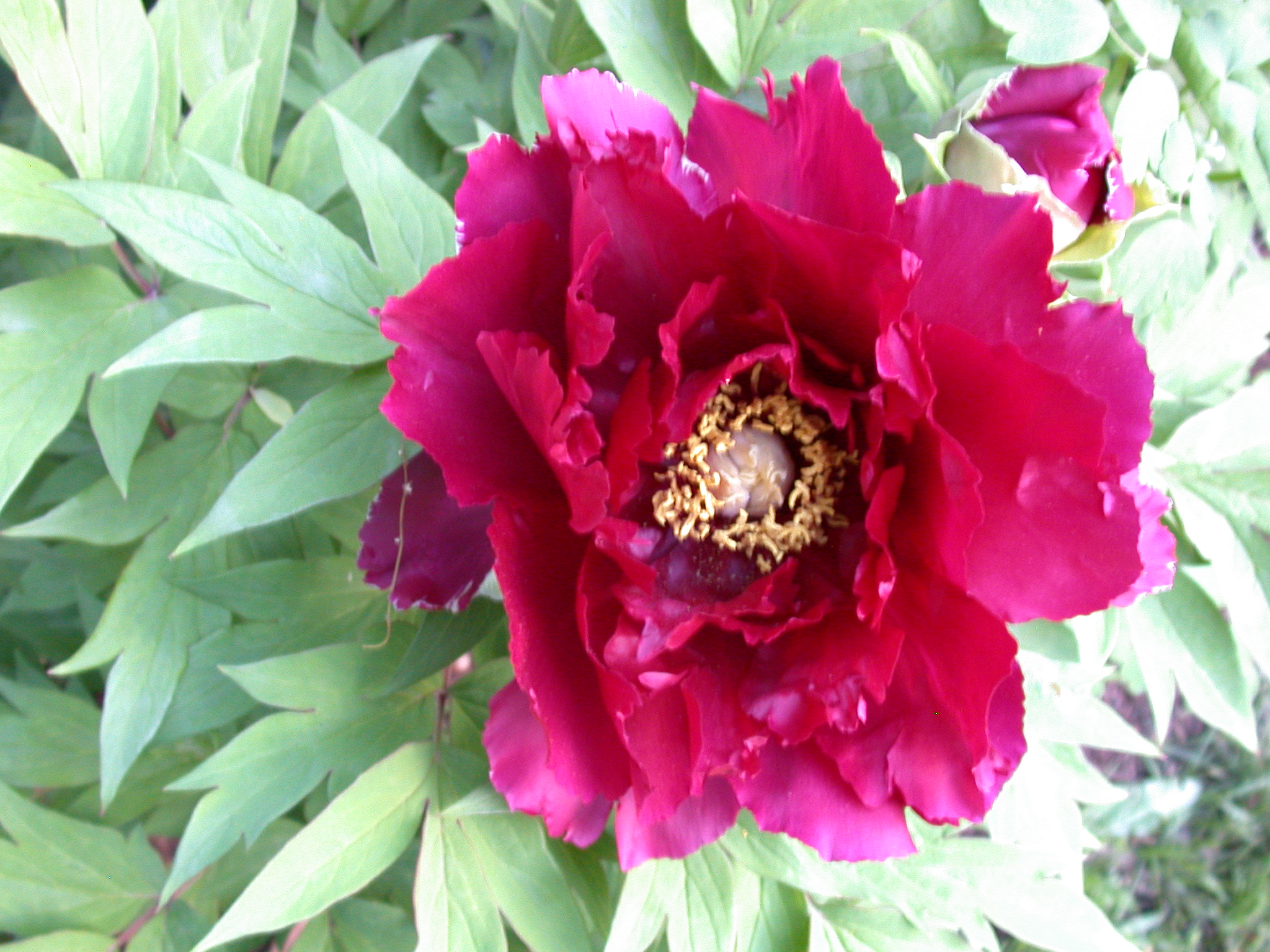 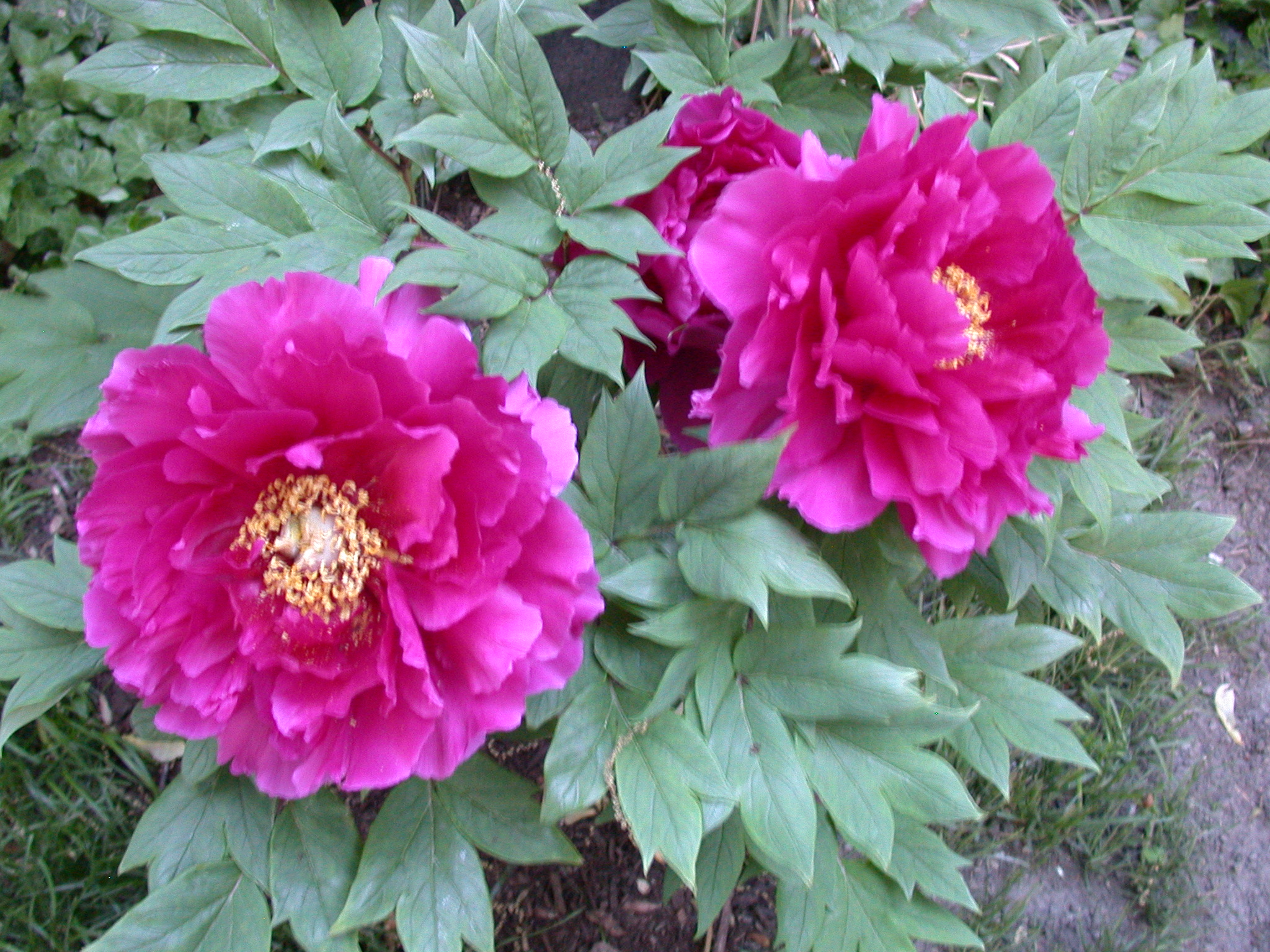 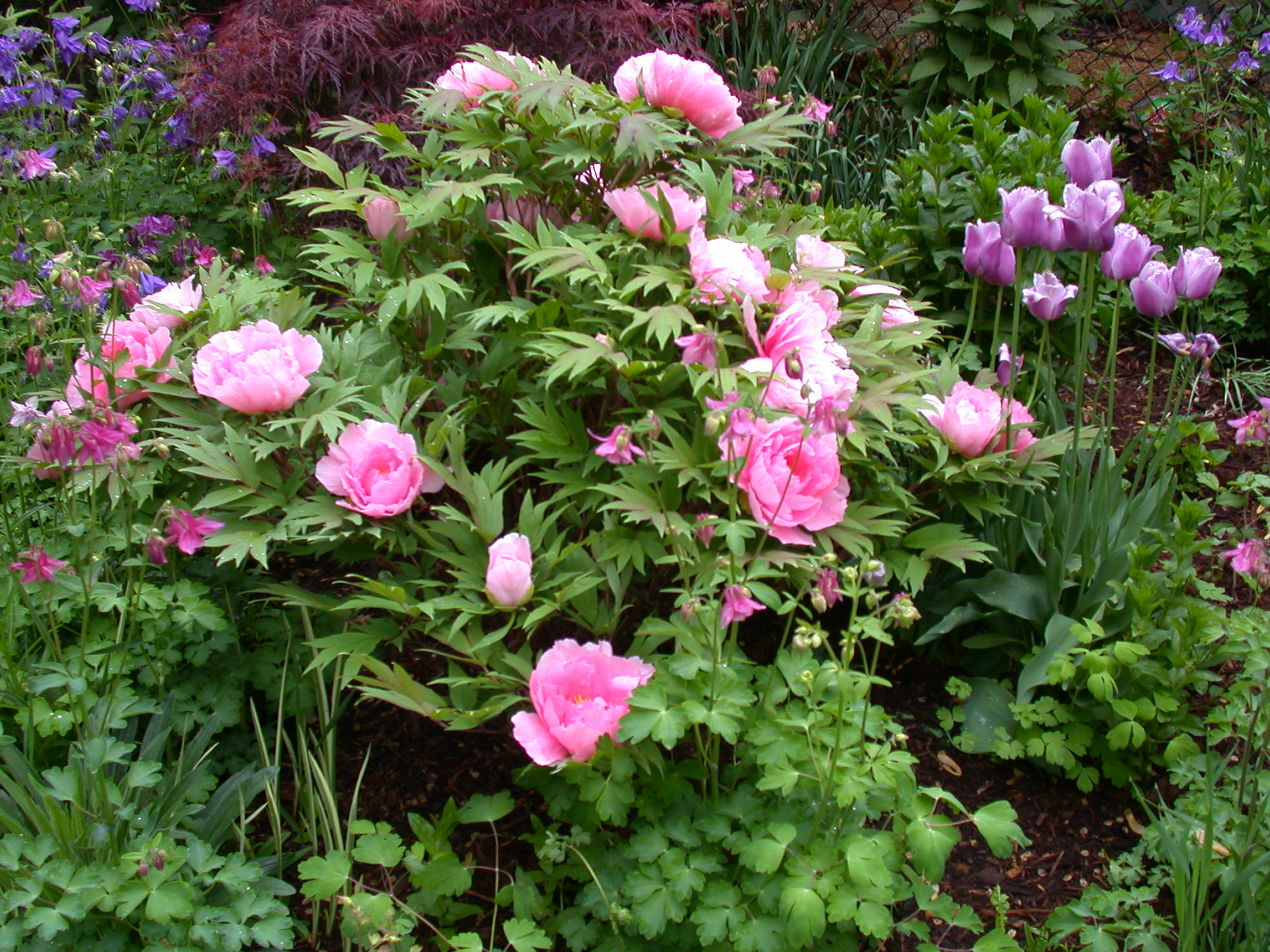 ___________________
From last week's home page...
Yep, that really is a Nash Metropolitan in front of an old theater (the RITZ, no less) that has been converted into an evangelical Spanish-only church, except for the part that became what many consider Hollywood’s best hotdog stand – all this right in the middle of Hollywood Boulevard.

Feel free to imagine Lois Lane attending service here, and then stopping off next door for a chili-dog and fries, then hopping in her little car and puttering off thinking of what a cool guy Superman really is. 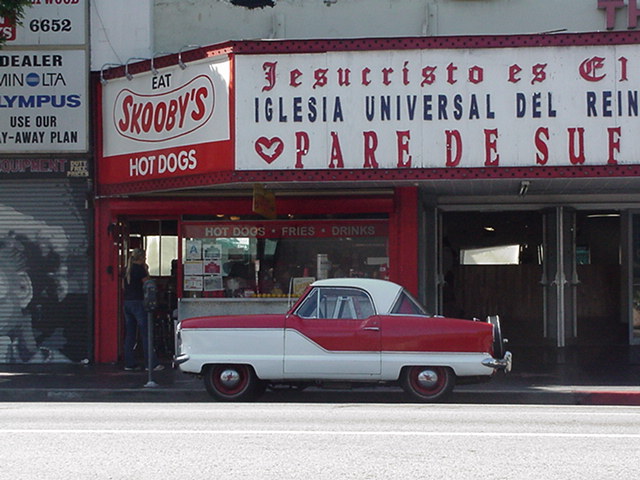 From a good friend who, for obvious reasons, will remain nameless – a fellow who grew up out here in Pacific Palisades with neighbors like Jerry Lewis and playmates like Randy “Short People” Newman….

….the Nash Metropolitan figures prominently in my own life.

On that same summer day in 1956, when I was twelve, that just hours before, I watched Jerry Lewis repeatedly slap the head of his son Gary (years later, of "Gary and the Playboys" fame) for taking pictures on my little Brownie Holiday of me running the bases at his house but forgetting to advance the film, my older brother, on his bike, followed me, on mine, down Monaco Drive, and just as the road skims Sunset Boulevard and turns into San Remo Drive, I looked over to Sunset on my right and shouted to my brother, "Look! A yellow Metropolitan!" I shouldn't have.  Had I not, I would have noticed a car coming directly at me.  Just as it slammed on its brakes, my face slammed on its hood, chopping my two front teeth roughly in half, and launching me (according to onlookers) about twenty-five feet through the air.

The two college girls in the car placed my forever-after mangled bike in the trunk, and drove my bruised and embarrassed little body to my home three blocks away.

Days later, I went back to the scene to search for the remains of my teeth, on the odd chance that some dentist might find them useful in the reconstruction of my bite, but found only tiny granite pebbles sitting in little patches of blood in the street.

Up until the moment of impact, I had my mother's perfect teeth, without a cavity or a chip.  After it, my mouth took a dive, first through a Bazooka bubblegum addiction that gave me my first 13 fillings (all in just one dentist's visit, by the way), to the point that today, my two kids often like to stare inside to see if they can see their cute little reflections in my gold crowns.

Sometimes I wonder if Gary remembers me.